Advisory body of the General Director of RCPTM. Monitors and proposes the main research directions and the transfer of research results into applications.
HomeAbout Scientific Board

He focuses on heterogeneous catalysis, synthesis of microporous and mesoporous molecular materials mainly based on zeolites. He is the head of the Zeolite Group Committee at the Czech Chemical Society and, in 2014, he received the Award of the President of the Grant Agency of the Czech Republic for his research on zeolites.

Institute of Physics of the Czech Academy of Sciences

He specializes in the physics of thin films of nanostructured semiconductors with applications mainly in photovoltaics and photonics. He is a member of the Committee on Energy of the Czech Academy of Sciences, Scientific Board of CEITEC Nano at Brno University of Technology, and Nanometer Structures Division of the International Union for Vacuum Science, Technique and Applications (IUVSTA).

He is a world-renowned expert in inorganic chemistry and metal–organic materials, mainly based on metal–organic frameworks (MOF). His research deals with the development of functional molecular materials with possible applications in energy conversion, catalysis, gas storage and separation, sensing, photonics, and microelectronics. He had been a member of an editorial board of Angewandte Chemie for many years.

He is a Professor of Inorganic Chemistry who focuses on materials chemistry with an emphasis on the design and development of multifunctional metal-oxide nanosystems for advanced applications in energy and environmental heterogeneous catalysis. He is an Associate Editor of ACS Catalysis and a laureate of the Heinz Heinemann Award awarded by International Association of Catalysis Societies (IACS).

He is a Professor of Analytical Chemistry and an expert in the field of chromatography and chirality research. He works on the interface between organic, analytical, and biological chemistry. He has been an editor of major international journals, including Chirality, and Chromatographia. He has received, among others, the Chirality Medal, the ACS Award in Chromatography, and the AGP Martin Medal.

Catalan Institute of Nanoscience and Nanotechnology

He specializes in research into the use of nanomaterials mainly in biosensor applications in medicine, environmental protection, and electronics. He was awarded the IAAM Medal in 2011 and the Nano Award in 2013 by the International Association of Advanced Materials, for outstanding research in the field of nanoscience and nanotechnology. He is an editor of Biosensors & Bioelectronics.

Slovak University of Technology in Bratislava

He is a specialist in physical chemistry and molecular spectroscopy and has greatly contributed to clarifying the role of free radicals in biosystems. His significant achievements include the description of the role of redox metals in the origin of oxidative stress in living systems. He is a member of the Learned Society of the Slovak Republic. In 2016, he received a prize from the Minister of Education, Science, Research and Sport of the Slovak Republic. 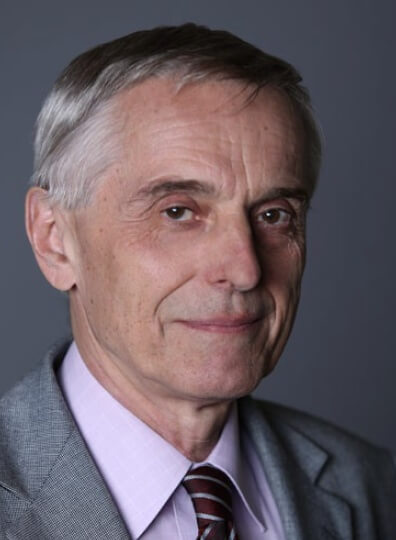 J. Heyrovský Institute of Physical Chemistry of the Czech Academy of Sciences

He is a pioneer in the study of electrochemical nanomaterials. He contributed to the development of a new type of a highly efficient high-voltage solar cell. He is a member of an editorial board of Carbon journal and a laureate of the Award of the Czech Academy of Sciences for excellent results of great scientific impact. He received the František Běhounek Award for the promotion and popularization of Czech science and the spread of the good name of the Czech Republic in the European research area.