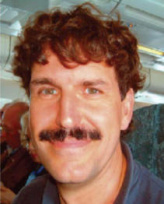 
Patrik Schmuki obtained his Ph.D. from ETH Zurich, Switzerland, in 1992. From 1994–1997 he worked at Brookhaven National Laboratory, U.S., and at the Institute for Microstructural Sciences of the National Research Council of Canada. From 1997–2000, he has been Associate Professor for Microstructuring Materials at EPFL, Switzerland, and in 2000 became Full Professor and Head of the Institute for Surface Science and Corrosion at the Department of Materials Science and Engineering of the University of Erlangen-Nuremberg. Since 2017 he is also head of the “Photoelectrochemistry/Fuel cells” research division at the Regional Centre of Advanced Technologies and Materials, Palacky University in Olomouc, Czech Republic. He co-authored nearly 600 publications and 6 books, and in 2015 and 2016 was among the Highly Cited Researchers in the Chemistry category. His research interests target electrochemistry and materials science at the nanoscale, with a particular focus on functional materials and self-organization processes.