Lectures, tours of the laboratories, but mainly inspiring talks on science and discussions about further collaboration—these were the main issues that the scientists from Johannes Kepler University, Linz, focused on while visiting RCPTM. The whole visit revolved around the physical and materials chemist Niyazi Serdar Sariciftci, who also spoke as part of the Rudolf Zahradník Lecture Series last year.

“When we last met, we had a discussion on conducting joint research in various areas. I am glad that our collaboration has become closer since then. We went to Linz last June; this time round, they paid a visit to RCPTM. While Professor Sariciftci’s team focuses on investigating alternative sources of renewable energy, we can provide a wide range of nanomaterials with unique properties, which complements each other,” said Michal Otyepka, RCPTM Vice-director.

The collaboration has extended to the use of graphene derivatives, which are prepared in Olomouc. “We are investigating how to employ enzymes in biocatalytic applications. For our joint research, we have provided graphene acid, which we succeeded in developing. Our colleagues in Linz use it for anchoring suitable enzymes. This contributes to developing graphene composites with vast application potential,” added Michal Otyepka.

During his last year’s lecture, professor Sariciftci stressed both the scientific and technological effort that must be made to obtain new energy resources and employ current renewable energy resources in recycling mainly carbon dioxide. His attention is now focused on preparing so-called perovskite solar cells used in electric energy production. Research into these cells is becoming more and more advanced, which is reflected in their efficiency that has been enhanced over the past five years. Research into photovoltaic cells could serve as another example of our active collaboration. 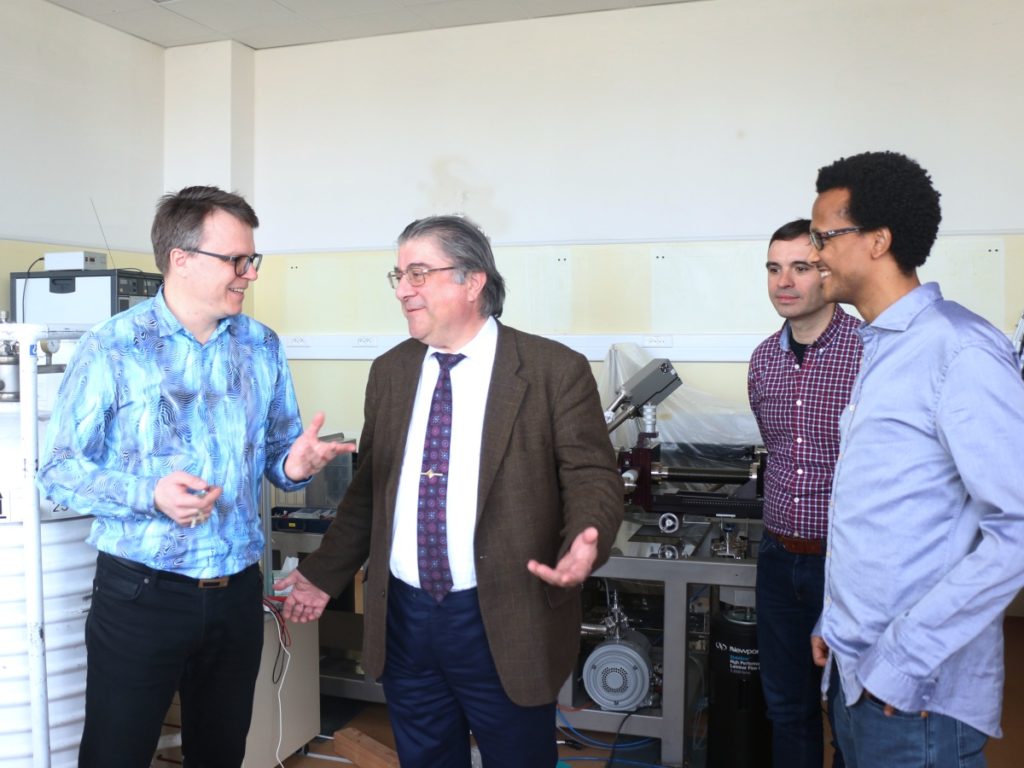 “We are delivering electrode materials based on titanium dioxide nanotubes to Linz. Our colleagues use them for construction of perovskite solar cells,” said Štěpán Kment, Photoelectrochemistry group key researcher.

According to Professor Otyepka, both teams are interested in making the collaboration closer and more active. Furthermore, we are discussing other options such as internships and fellowships.

Professor Sariciftci has published in journals like Science, Nature Materials, or Nature Photonics. He is an author of more than 600 papers receiving over 47 thousand citations, the value of his h-index is 93. Among other institutions, he worked in Center for Polymer and Organic Solids, California, under the supervision of Alan J. Heeger, who was awarded the Nobel Prize in Chemistry in 2000.