Tomáš received his master degree in Molecular and Cell Biology, but during his studies, he also got keenly interested in the nanoworld. He managed to combine both interests when doing research into the interactions of carbon nanomaterials with cell lines, a crucial factor in considering their appropriate applications in, for example, biomedicine or the environment. Among other things, this junior scientist is investigating whether these materials can harm human cells or organisms in nature. He also addressed this issue during his four-month internship at the Swiss EMPA Research Institute in Peter Wick’s lab.

“The purpose of my stay was to test the acute toxicity of our graphene derivatives—cyanographene and graphene acid—in an advanced endothelial cell model that was available at the research institute. The model consisted of immune system cells and endothelial cells, mimicking the conditions of the bloodstream after intravenous application of materials. Although I have not completed the research yet, it has so far been confirmed that neither of the materials of interest is causing any harmful effect in the model. Moreover, in terms of their properties, they both surpass the most used derivative of graphene—graphene oxide, which is great news,” explained Tomáš. He also positively evaluates his internship at that top workplace for other reasons. “It is very useful to see how science is done elsewhere. While CATRIN has designated one lab for testing the toxicity of nanomaterials, in St. Gallen, it was the entire institute. So the difference in the variety of equipment was significant. I learned new things and skills there, which now efficiently benefit my work,” he said. 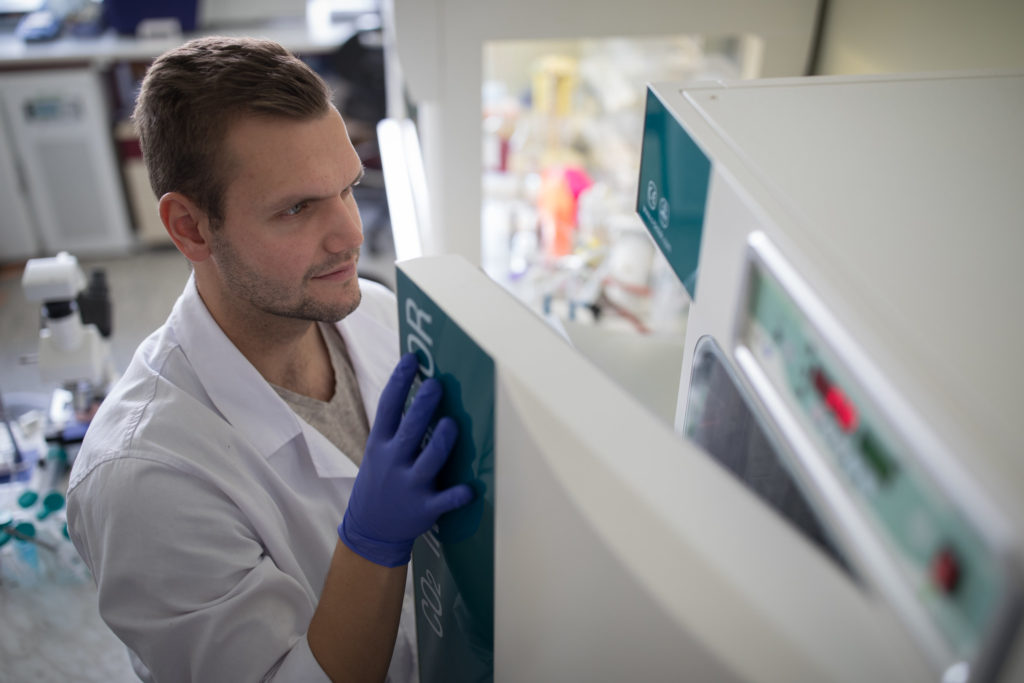 In addition to completing his dissertation, he continues his research also collaborating with the Institute of Botany of the Czech Academy of Sciences in Brno, which focuses on environmental toxicity. In the past, he has capitalized upon it with two articles published in two journals—Carbon and Journal of Hazardous Materials, with a third article being peer reviewed. In these, the authors confirmed that single-celled organisms found in water could cope with the presence of chemically modified graphene and were not fatally endangered by it. Subsequently, scientists have shown the same for higher organisms in the aqueous environment, specifically for crustaceans. “That’s what I enjoy most about science—when you establish a hypothesis and manage to confirm it repeatedly. After finishing my Ph.D. studies, I’d like to go abroad again for postdoc, but then I’d definitely like to come back to CATRIN. We’ve got a lot of ideas about what to do. I think we’ve taken the right course. And also I don’t want to lose touch with partners I’ve had the opportunity to cooperate with,” he concluded.